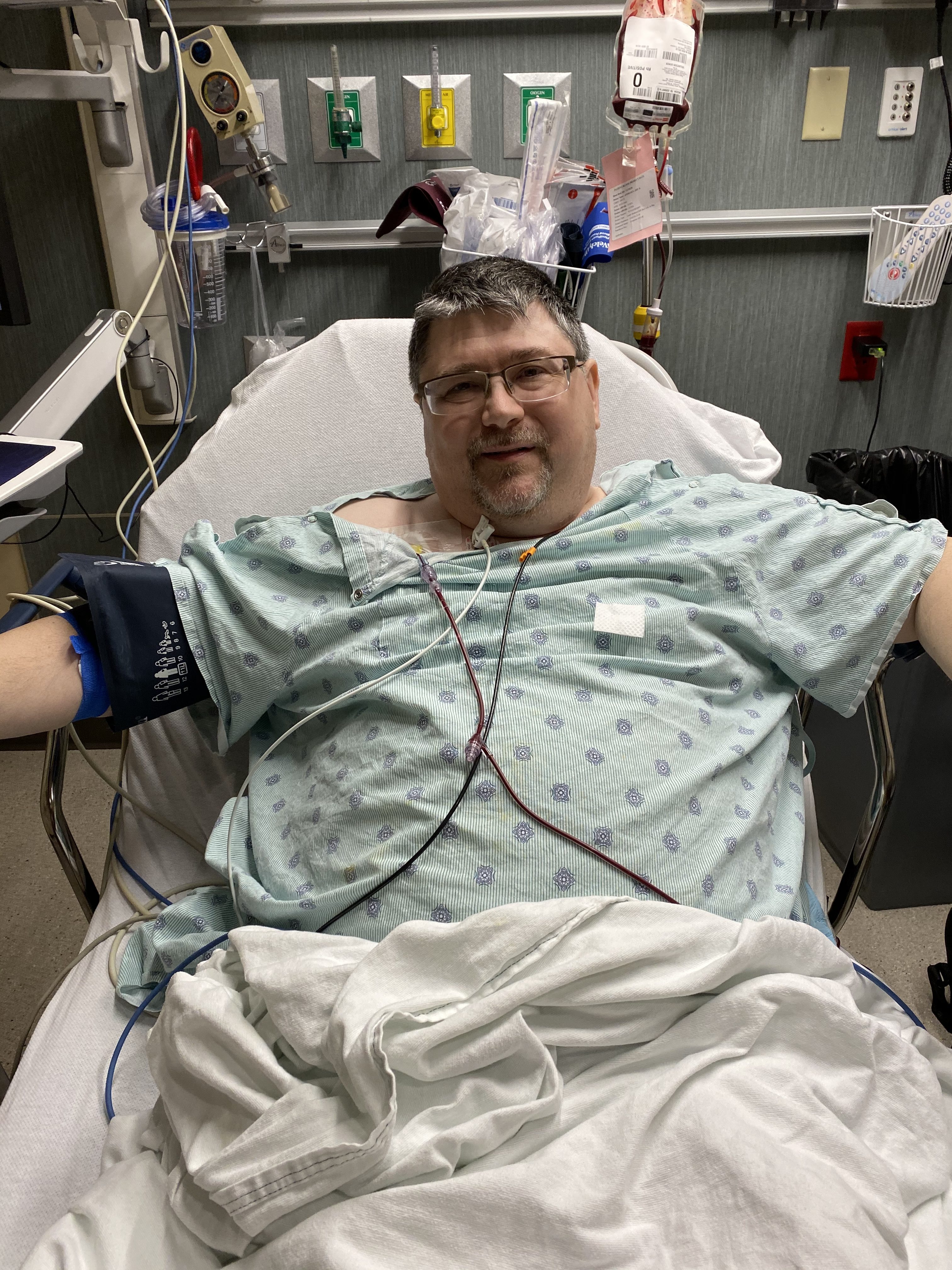 Me in the hospital October 2019

Return to the originator, often with negative consequences.

Friday the 4th when I left my chemo appointment I felt okay. I had no signs of nausea and actually had an appetite stopping at Hungry Hobo for a baked potato which is a nice soft food I tolerate well following the gift of esophagitis left for me by the radiation therapy. The only side effect was that I FELT HOT. My temperature was normal and we had strict instructions to visit the ER should I develop chills or a fever over 100.4.

We had big plans for the weekend. Saturday I wanted to visit a local Starbucks where a friend works just to stop in and say hello. Sunday we had hoped to attend a special event down at Nally’s Kitchen our favorite Mexican restaurant. Nallys isn’t normally open on Sundays helping a patron with cancer with a fundraiser is a noble effort for them and I wanted to support them.

Saturday by nine AM I felt as if I had hit a wall with all of the energy drained from my body but I was persistent in my goal  to get out of the house even if only for an hour sitting in the car as my wife Denise went in to pick up some items at Target.

As we walked out the door instinctively I picked up the digital thermometer and discovered I had developed a fever of 102.5. Crap.

Off to the Emergency room we went for a second Saturday spent enjoying the gastronomic adventure that is Genesis Suites. They don’t  have a loyalty program and their food sucks, but at least they have all you can eat antibiotics. It took a few hours to figure out what might be going on, but the war on cancer had either left my body unable to manage its own temperature or potentially an infection is circulating in my bloodstream. The only way to know is to grow sample cultures in a Petri dish and see if in 48 hours later something wicked this way comes.

Further tests showed that my blood chemistry had taken a hit with the hemoglobin dropping well below the limits required to perform a blood transfusion. So blood products it was and the next many hours were spent putting irradiated red cells into me. Wow that was a wake up call. I had not seen color in my nail beds for ages they have simply been grey. Now both my nail beds and fingertips are a pretty bright pink and rich with color.

The new hemoglobin has left me feeling much better, recharged, even if I was up half of the night.

So it was a little unplanned setback and we don’t yet fully appreciate the ramifications and can’t until later in the week.

“Roll with it” is the rule of the day.  That is my eye on the prize for the week.

Hoping to talk to my oncologist tomorrow to determine if Fridays next infusion is impacted yet. Keeping an ear to the ground.  Happy Sunday friends.