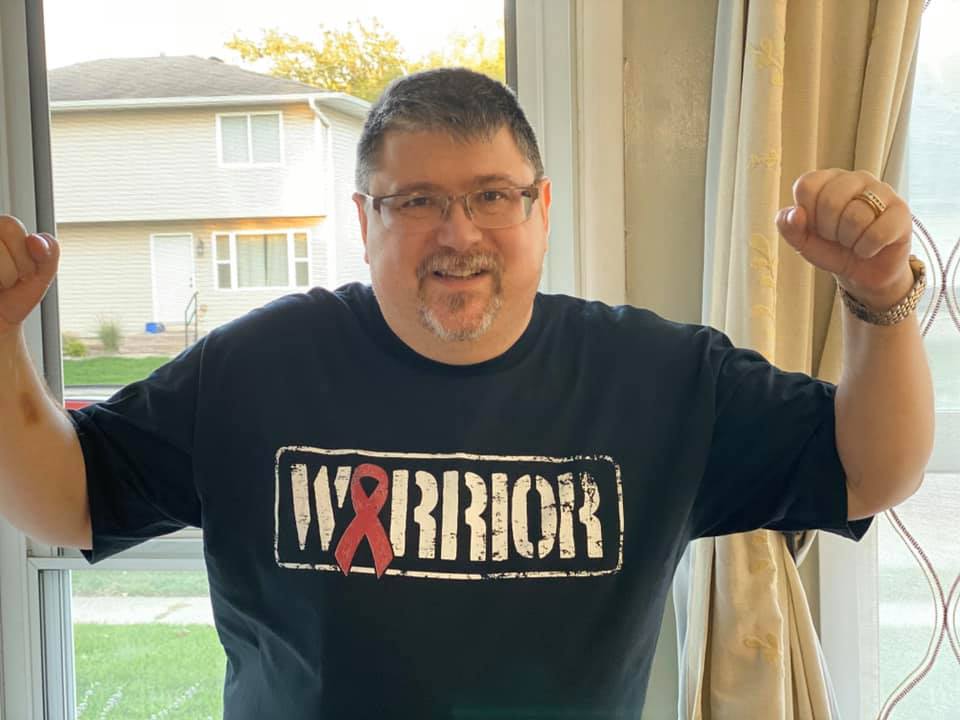 On September 11th, 2019 I was diagnosed with Stage III multiple myeloma, a cancer of the blood involving bone marrow which is responsible for the production of your blood; white cells, red cells, and specifically the plasma that makes  antibodies to fight infections.

Leading up to this diagnosis was a long road. I had a 30 year history of low back pain I worked full time and long hours in a new, exciting and challenging field of Information Technology.

I was going to school as a Masters Student and had four classes remaining to earn my graduate degree.

I have never been afraid to take on a new challenge, but somehow this news left me standing cold and shellshocked.

Shortly before I was diagnosed I had visited Helsinki Finland to visit a friend who was retiring. I had been careful to prepare for the trip obtaining special permission to fly Business class and knowing that the seven or eight hour trip would take its toll. I lined up an appointment with my pain specialist and ensured I had a lumbar epidural before the trip to help make my return trip more comfortable.

Of course corporate travel being what it is the ride home was 28 hours and a ten hour layover in Chicago’s O’Hare National Airport (ORD). I had three gate changes and a backpack full of technology that weighed too much to be practical but had been carefully considered as I packed for the trip.

The next day I was a physically wreck. I had developed pain about half way down and just to the left of my spine, something that was a new symptom and unrelated to my low back pain.

Eventually that painful spot would grow to consume my whole rib cage from sternum to spine wrapping around the left of my body and contorting me over in an unnatural position.

What I didn’t know at this time was my primary care physician (PCT) had been concerned about my overall history. He felt there may be some other underlying condition that was behind it all.

The human body is a fluid thing and so as a PCT one bad test result does not make for a trend. My doctor was doing the right thing and looking for three tests that failed abnormal in a row, that would take nine long months.

After this third abnormal blood serum tests had been performed my PCT  sent me for a 24 hour urine collection to see if they could see light chains in my kidneys. He wanted to check overall kidney function. MM is a complex disease and often leads to the loss of many organs but renal failure is high on the list. When that test came back abnormal my PCT had all of the puzzle pieces and wanted to get an expert involved.

When I returned he ran this third test and discovered a history of high protean my blood work and suggested I see an oncologist to check it out further.

During all of this time of uncertainly I had to go for a lot of tests and became very “just the facts” with co-workers. I didn’t have a full work up yet while under the care of my PCT and it would be much later before I felt up to the task of sharing about this with co-workers, I had to cover home first.

My first thought was my children, and then my grandchildren after that but simply parked these ideas for the time away until we understood more. My discussions at work involved coded comments “seeking the underlying condition” and “looking further into things” and were very general.

I was alone in the room with my doctor as he suggested I visit an oncologist. We all know that oncology is synonymous with the word Cancer and that word strikes fear in anyone. In 2019 we know based on research from cancer.org that Cancer will strike 1,762,450 new cancer cases each year  and lead to 606,880 cancer deaths. I can still hear his words but also understood this could easily be to rule this all out. It had to be a mistake was it not?

At this time I started to recognize something had been going on, and going on for a while. Friends had suggested I seek a parking pass because just walking into the office was very painful for me. At the time I thought strain, sprain and muscles, never considering that the root cause may go deep, one that extended into mutations of my genome and down in my DNA.

I was only 51 years young so I felt that this was something that would pass but now we know that it is something to be managed and will not pass.

About a year prior my wife and I started to outsource more home maintenance and I would come home exhausted from anemia and not fully recover over a whole weekend. It was taking a toll on my personal life in that I didn’t get to enjoy my family children and grandchildren as much as I liked, but still we were seeking answers.

So on September 11th, 2019 my oncologist tapped me for a bone marrow biopsy the first time, tossed our all of the prior testing and pronounced that until we understood more, I appeared to be an Active symptomatic MM patient in stage III of the disease.

Since that initial diagnosis I have learned what seems like a lifetime about the disease and I continue to study it daily.